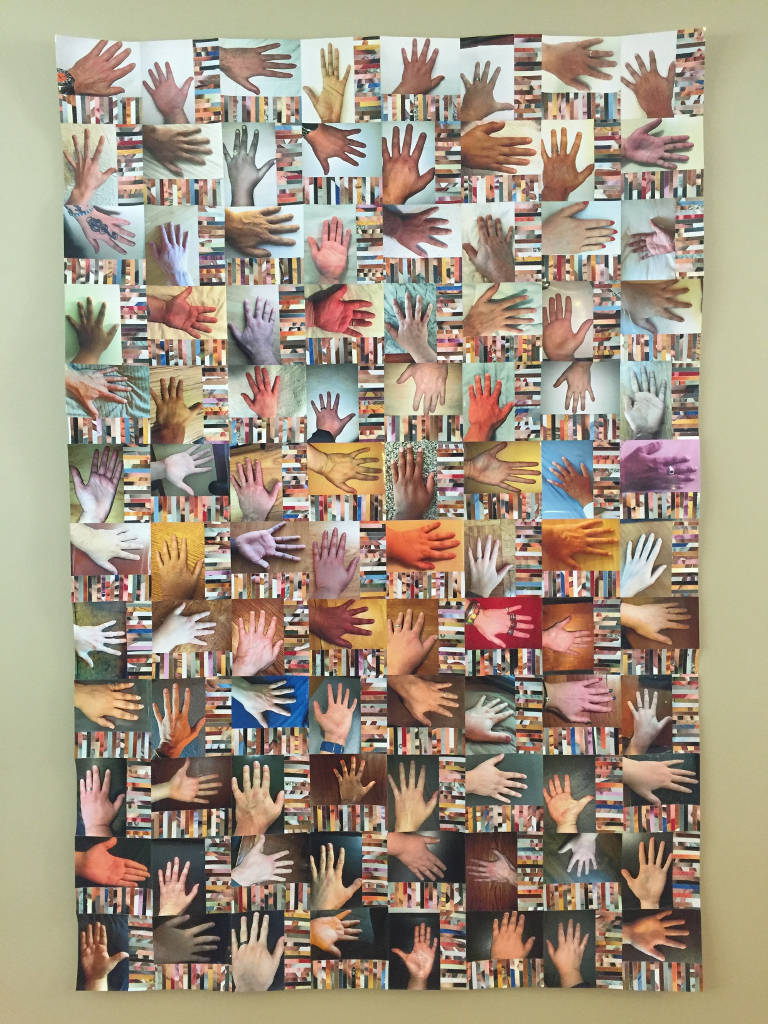 There is a growing “gig economy” though which I can have an Uber driver pick me up, a TaskRabbit organize my closet, and a pay someone a Fiverr to create a customized happy birthday message for my closest friend.  But I can’t help but wonder whether the people doing this work feel like they are being treated fairly by their customers and whether this work pays their bills.  This photoquilt is a result of my wrestling with this question.

For this piece, I hired workers on Amazon’s Mechanical Turk, an online marketplace where workers can be hired to perform Human Intelligence Tasks or “HITs.”  Amazon suggests that workers, or “Turkers,” be paid at a rate of $6 per hour, though many tasks fail to approach this rate.  I hired 95 people and paid them a living wage ($20 per hour in Columbus, Ohio) to take one picture each. The Turkers were asked to take a picture of the front or back of their right or left hand against a plain background with a minimum 600 by 900 pixel resolution and then provide these photos for me to use under a Creative Commons license (CC BY 4.0) meaning that the photos belong to the photographer, but I am able to use them commercially.  My goal was to treat my workers fairly and from the feedback I received, I met this goal.

The quilt pattern is a variation of a traditional pattern called Chinese Coins. The strips were created by feeding the copies of the hand photos through a paper shredder and sewing them into stacks of “coins” which effectively blends the block of coins into an anonymous average of all of the hands at once. The photos were sewn together by hand using a sewing machine, which, in itself, is a statement on the meaning of terms like “work” and “handmade.”

This photoquilt was accepted to the Fine Arts Exhibition at the 2017 Ohio State Fair where it was displayed next to Ohio Star: Columbus Museum of Art. 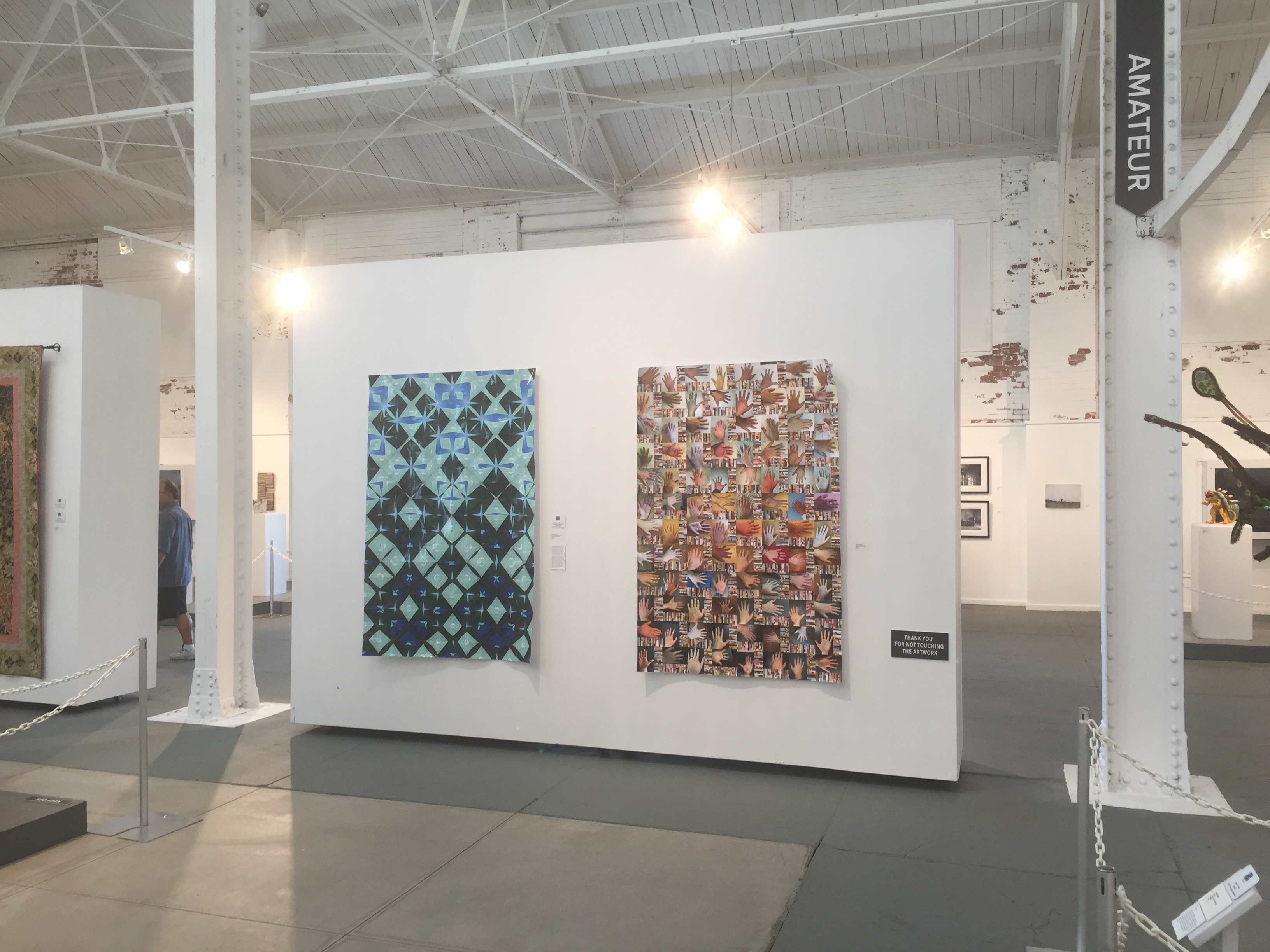 Two of my photoquilts on display at the 2017 Ohio State Fair Fine Arts Exhibit.