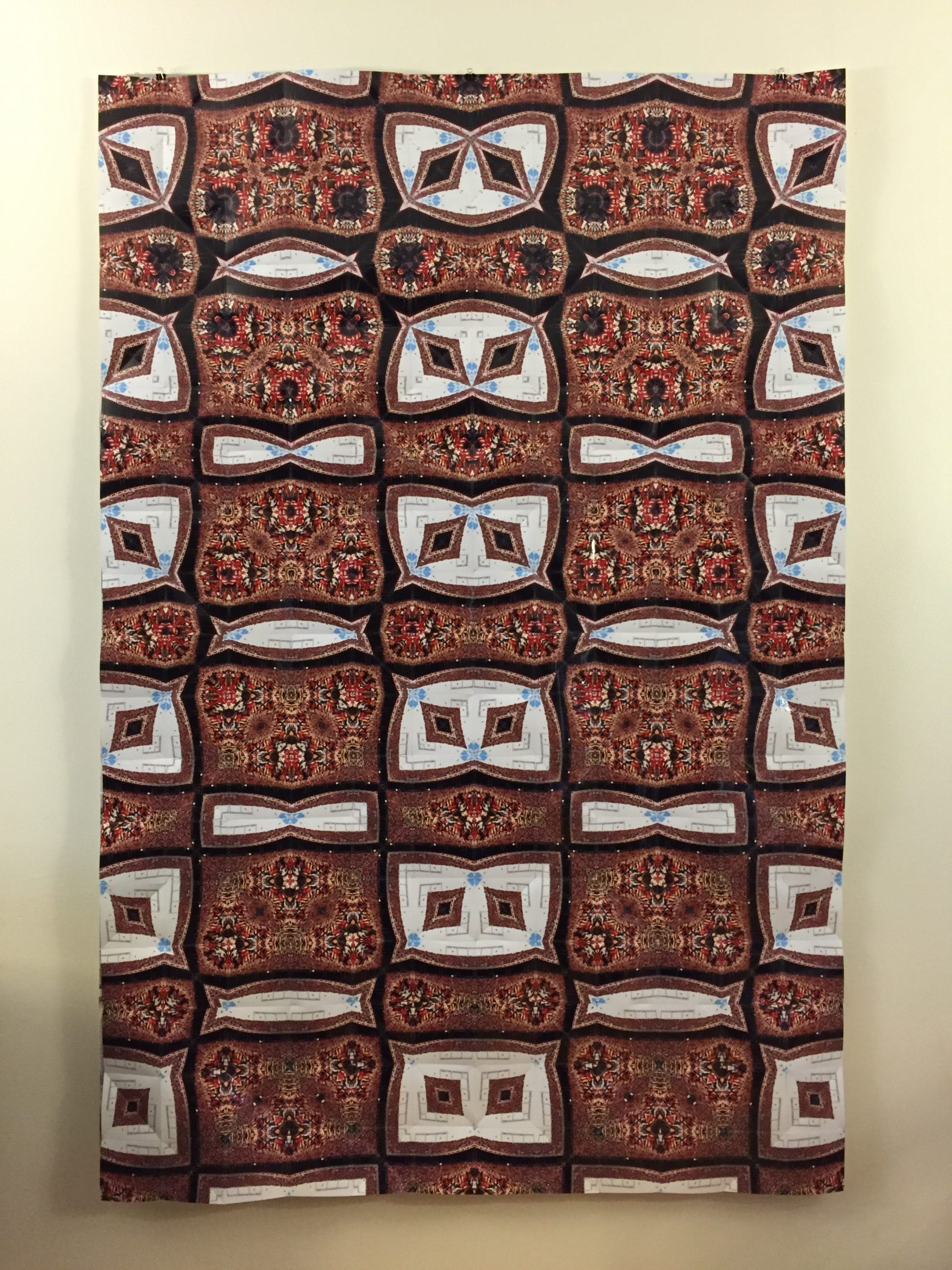 Ohio Stadium is a mecca for Buckeye football fans. In this photoquilt, the sea of fans recedes almost to the horizon within the stadium and individuals morph into each other. The shadow cast by the upper deck creates a striking black line that curves with the horseshoe shape of the stadium. The 24″ x 24″ quilt was on display at the Homeport Gallery through October 2015. The full-sized 4′ x 6′ quilt was completed at the end of October 2015.