This is one of my first forays into improvisational quilting.  Instead of choosing a pattern and then cutting and sewing several blocks in that pattern, I took several photo prints and began cutting and sewing to see what I could come up with.  This photoquilt combines a stack of photos of a lovely yellow forsythia bush with several white strips of photo paper that are the remnants of the photo printing process — the strips are cut from between the prints to render them into their final size.

I was working with these prints in the springtime, which is probably what got me thinking about snow.  As I began cutting the prints and filling the cuts with strips, I thought about the snow that remains a constant threat to return throughout the spring but also the snow that recedes to reveal beautiful flowers like the ones on this forsythia bush.  And so, across the quilt, the snow gets heavy at times, and melts away at others, revealing the flowers beneath and between. 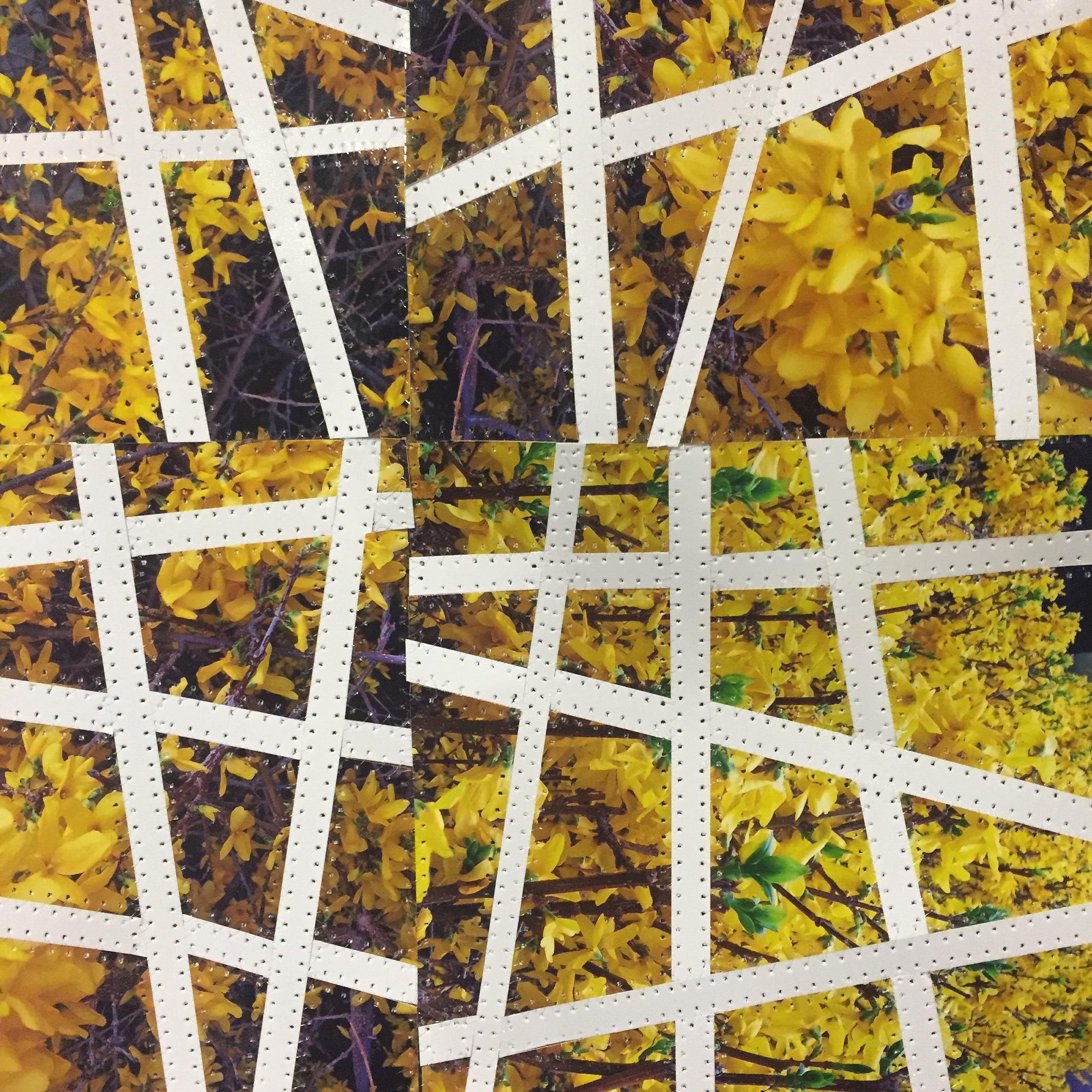 1 thought on “Persistence of Winter”