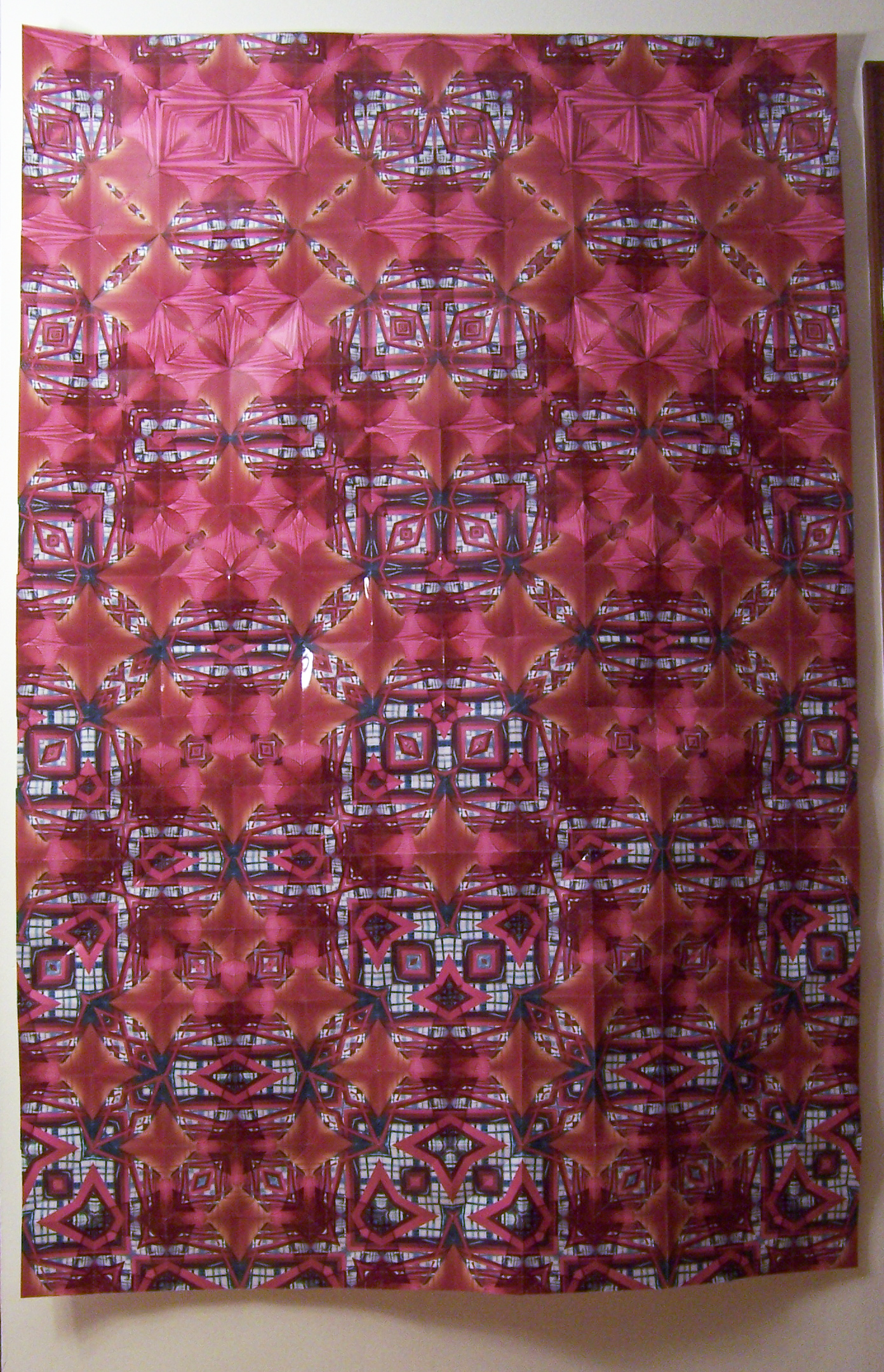 This photoquilt incorporates an picture taken inside the Scarlet Skyway, a red glass bridge that connects two buildings on the Ohio State campus. From inside, pink light shines through the red glass giving everything a pink glow, including the structure which supports the bridge. This piece was a reaction to the strong lines and contrast in Ohio Star: Stadium Gates, which is all black lines on blue sky. Scarlet Skyway is a riot of color. The photos are sewn into a traditional Ohio star quilt pattern.