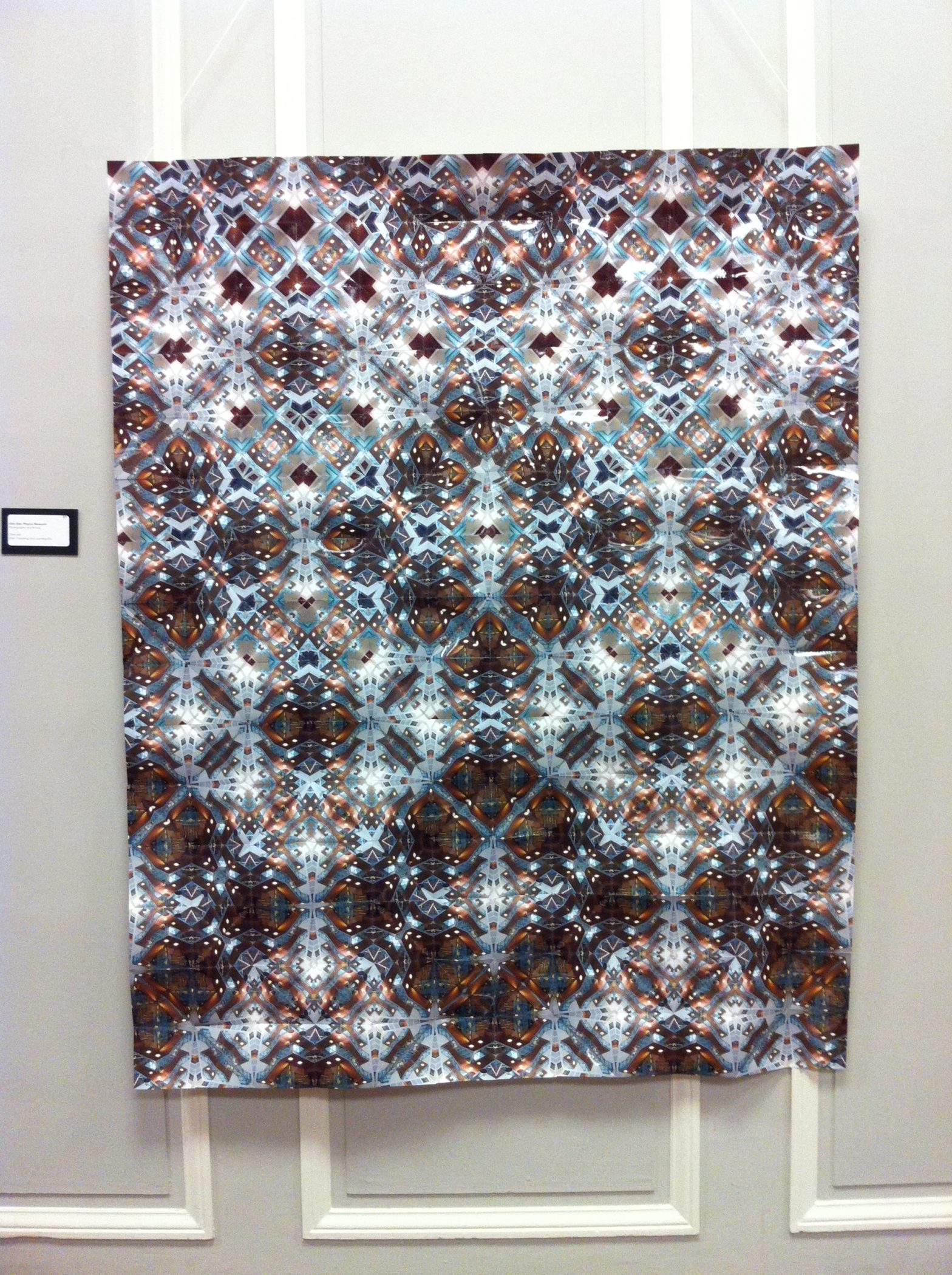 This photoquilt is based on a picture of the stairwell inside the Physics Research building at Ohio State. The palette is restricted to browns, golds, pale blues, and whites. The photos are sewn into a traditional Ohio star quilt pattern creating the overall effect of an Escher-inspired series of neverending staircases.

As I normally do, I started by creating four 12-inch blocks which I sewed into a 24-inch square. I do this with lots of my quilts.  Some go on to become full-size quilts, but many do not. I custom built a frame for the 24-inch version (below) and then decided to make a full-sized 4′ x 5′ version (above). The full-size quilt received The President’s Award at the 2014 Ohio State Staff Arts and Crafts Show.