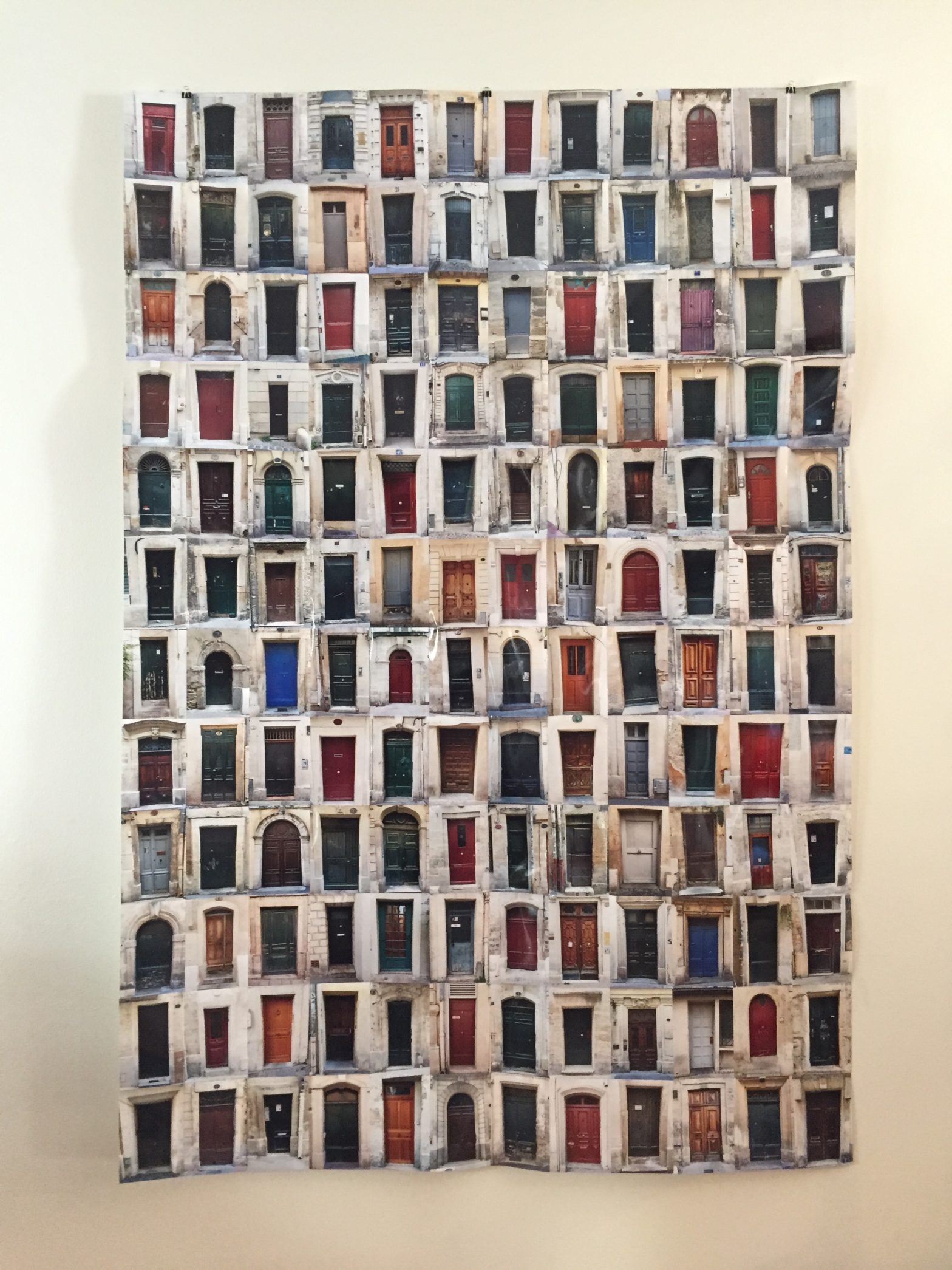 This photoquilt was inspired by a three-week trip to Montpellier, France. Like many North Americans, I marveled at the age and ornament of many everyday things. In particular, the carved wooden doors to the apartments in the old city were striking to me. Most were surrounded by limestone arches and each one was unique. Walking through the winding streets, all of the doors start to look the same, but by viewing them together, some of the subtle differences can be seen; the different colors of paint, the different shapes and proportions, the different textures in the walls.

This is my first photoquilt that has a front and a back. The front includes the nicest, cleanest, and most colorful examples of the doors I took. The back includes the grittier side of things: graffiti, stray wires and pipes, even some places where doors used to be. The difference is akin to the perfect side of the door we present to the public and the imperfect side that we keep to ourselves. And although we made some good friends in Montpellier, it wasn’t always as easy as we would have liked to open the door to new relationships.