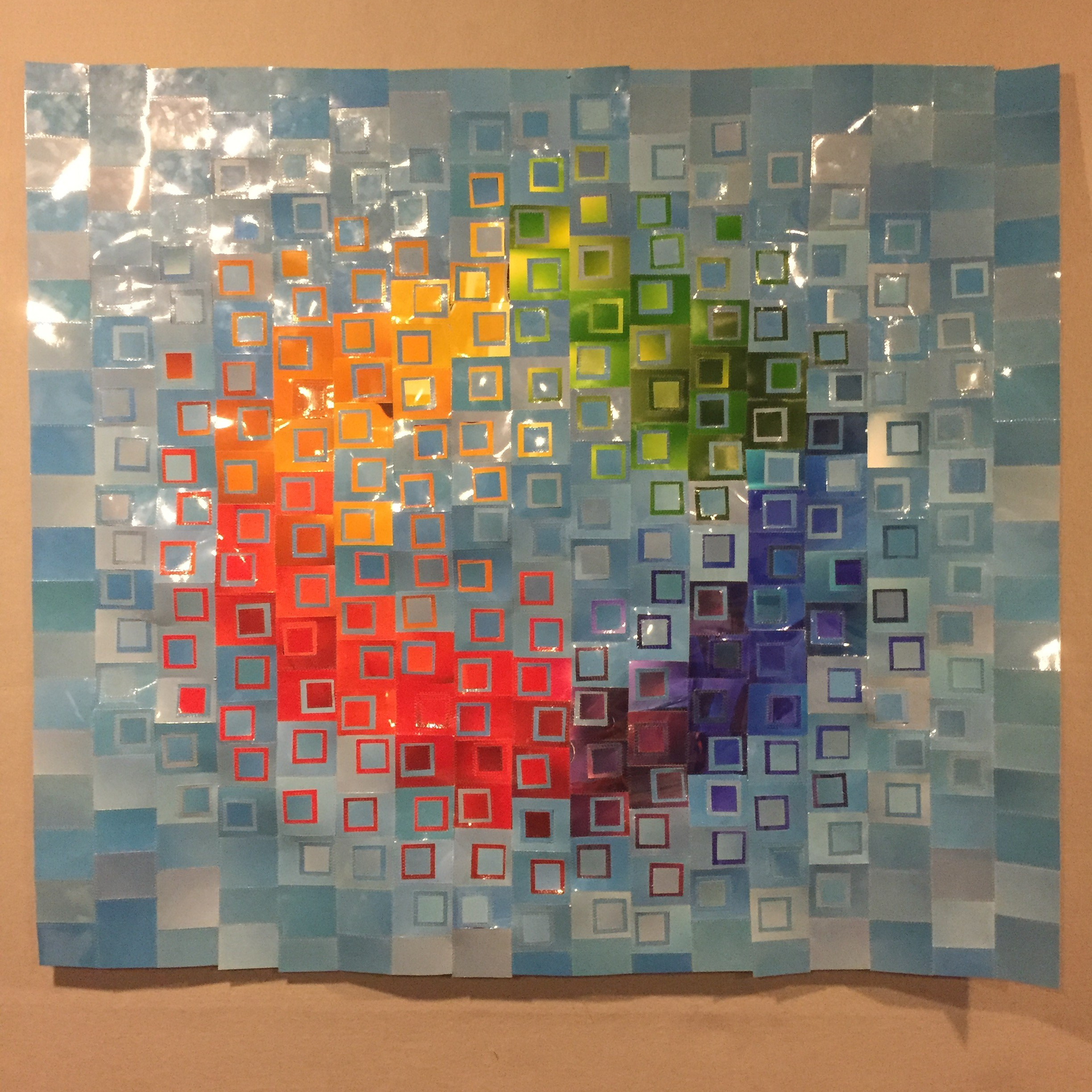 This improvisational photoquilt went through several iterations before I was finally satisfied that it was complete.  I began by cutting some squares out of pieces of photos of the sky that I took for Treetops / Snowflakes.  Then I cut squares out of the squares and I noticed that by combining the squares and squares-in-squares from different photos of the sky, I could see how different the blues in each photo really were.  In fact, the blue of the sky at one end of a photo could be several shades different from the sky at the other end.  From there, I decided to see how it would look if I mixed in some red squares and I absolutely loved it — the colors vibrated next to each other.  As I began to experiment with other colors, I realized that I had almost the whole rainbow, so I filled in the gaps.  When I arranged the arc of the rainbow into a continuous ring, I knew I had it.

This photoquilt sparkles with the rainbow of color, the gloss of the prints, and the endless blue of the sky.  The squares remind me of bubbles bursting at the top of a freshly-poured glass of soda pop.  This will probably be the only photoquilt I ever describe as effervescent, but at least I can say I’ve made at least one. 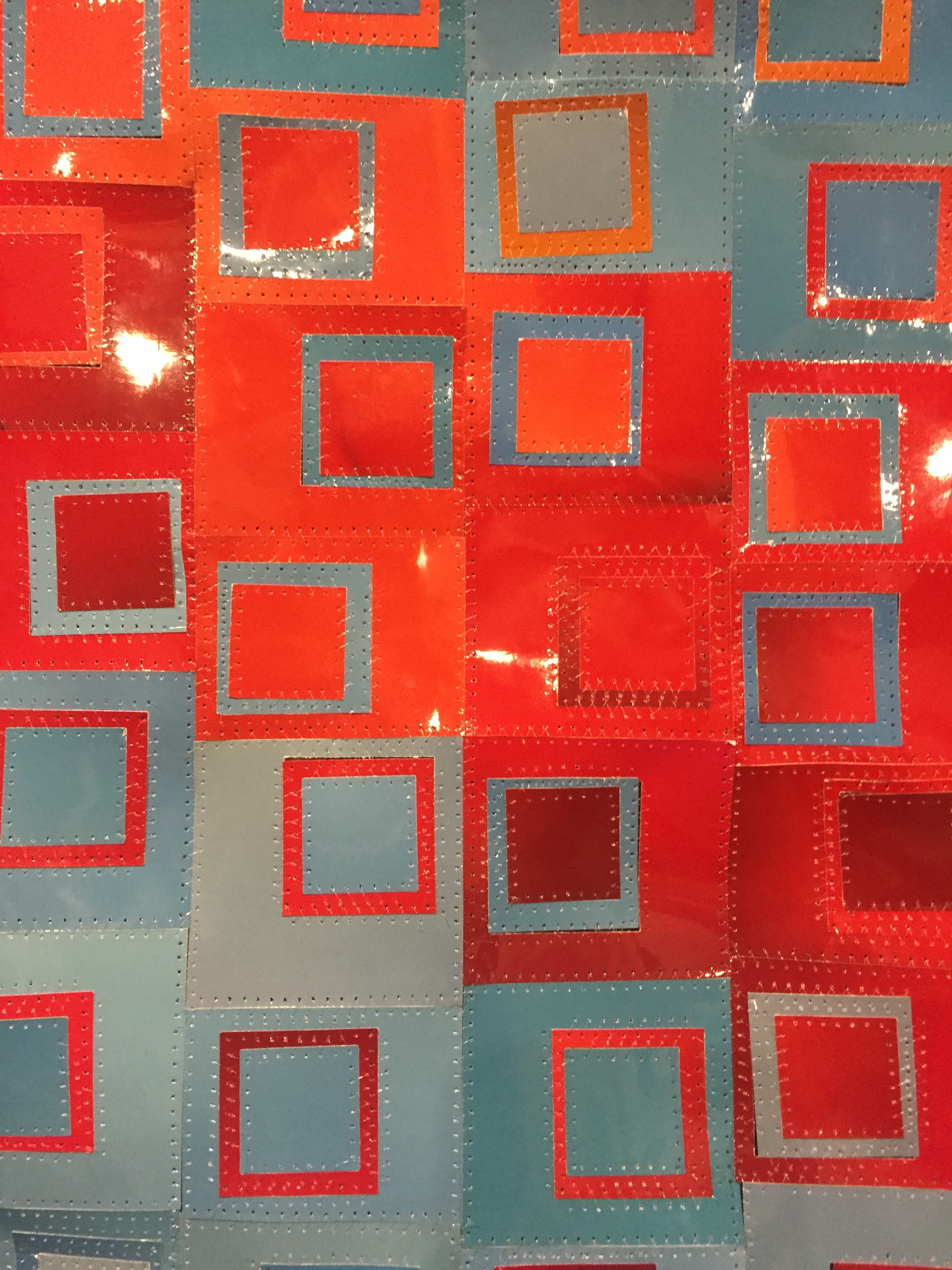