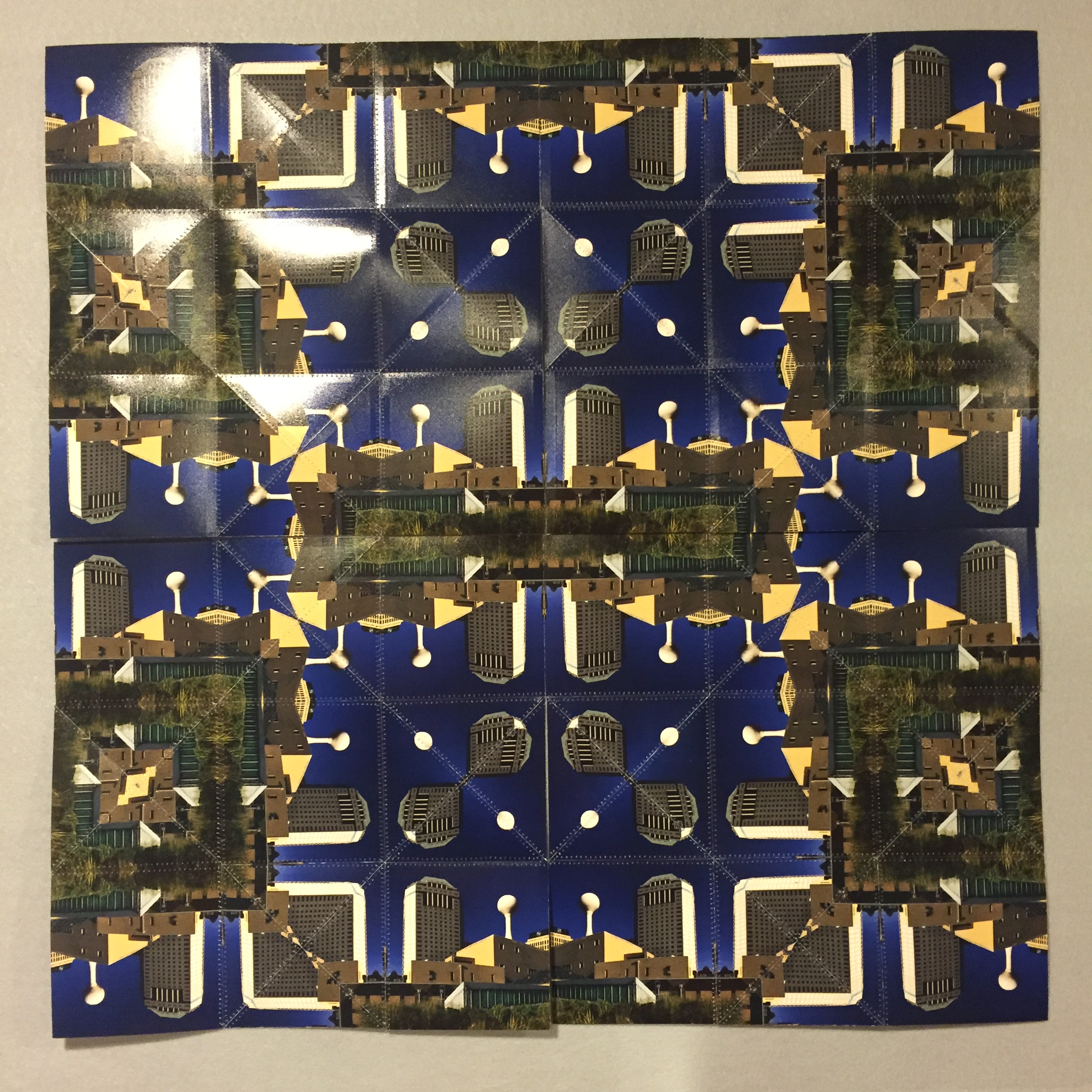 I made this photoquilt inside the City Center Gallery at the Urban Arts Space in Columbus, Ohio.  In conjunction with my show, Ohio Through the Lens of a Quilt Block, we asked the public for photos to be used in a photoquilt using the hashtag #CCGOhioStar on Facebook, Twitter, and Instagram.  I worked with the gallery staff to sift through the hundreds of photos we received to eventually choose this one, which was taken on the roof of the Lazarus Building by Mark Koenig.  The building houses the gallery, which really sealed the deal for us.  Well, that and the fun shapes in the skyline and the gorgeous deep blue of the sky.

To be honest, I’m not sure I would’ve taken this photo myself, at least with the intention of using it in a photoquilt — I typically look for certain shapes and angles and this image was different from anything else I’ve worked with.  But this participatory interaction was the whole point and it made it a really interesting challenge.  There is a certain rhythm in the shapes and patterns which is different from my other Ohio Star Photoquilts.  But, because it is based on the same Ohio Star pattern, some of the same kaleidoscopic shapes emerge across the photoquilt.

Watch the video below to see how this photoquilt came together: