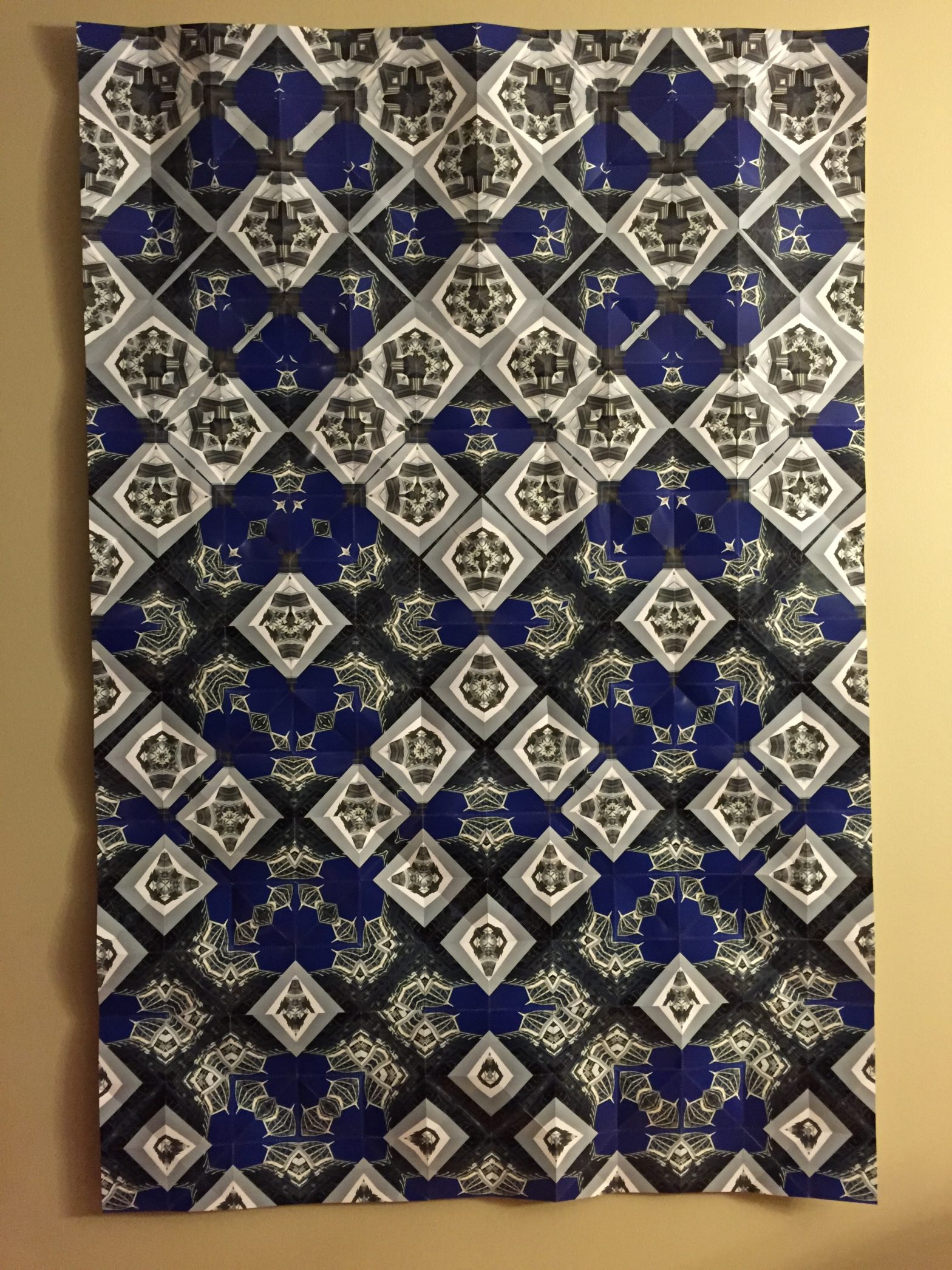 I took this picture of the Franklin Park Conservatory on the same day that I took the picture for the COSI and Jesse Owens Memorial photoquilts.  What a gorgeous, sunny day it was to visit a few of my favorite places in Columbus.  The Conservatory was originally a grand Victorian greenhouse built in 1895.  It has since expanded, but the original section is the subject of this photoquilt.  The arching glass dome in the background and the Corinthian column and other architectural details of the main entrance in the foreground are in stark contrast.  The overall effect is a bit like an M. C. Esher drawing being viewed under the Eiffel Tower.