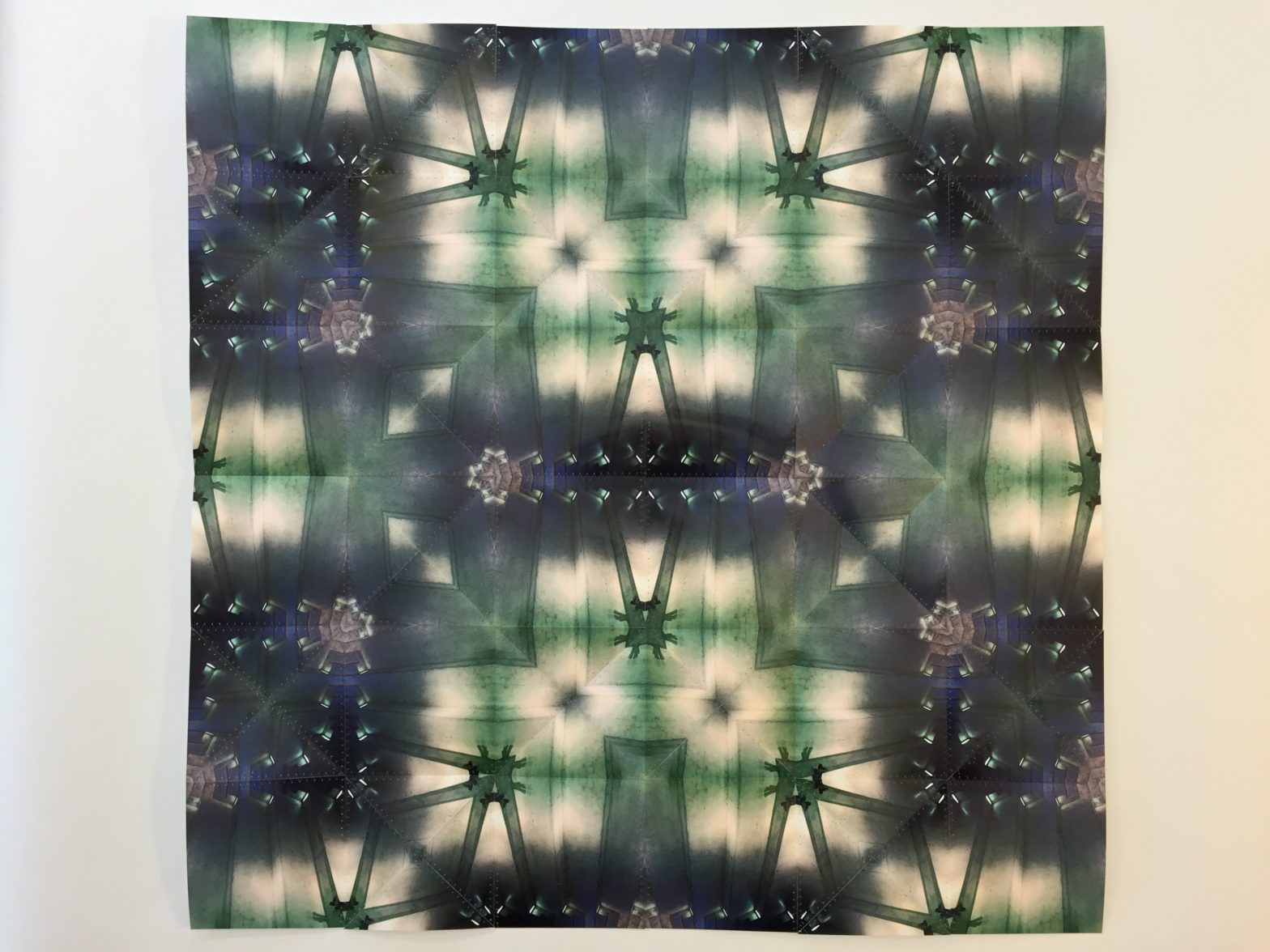 This is the first piece I’ve done in collaboration with another artist and, therefore, the first time I’ve based a photoquilt on a photo that I didn’t take.  I’ve always liked my friend Mark Koenig’s photos because of his eye for dramatic color and line.  I recently gathered enough courage to pay him my ultimate compliment, “I like your photos so much that I’d like to cut them up and sew them back together.”  I admit that this is an odd compliment to pay someone, but Mark knew what I meant and agreed to lend me a photo for a photoquilt.  I first met Mark here in Columbus, and he took this picture in Ohio, so an Ohio Star photoquilt seemed appropriate.

After talking with Mark about a few of his photos, we decided on this image because of the jewel-toned color palette, the interesting angles, and the shape of the lights and the shadows they cast.  It was taken at Knowlton Hall at Ohio State, which I’ve photographed for a photoquilt before, but working with someone else’s photo put an interesting spin on the process.  For example, I usually don’t include people in my photos, but Mark’s friend Tiffany appeared in this one.  I was leaning towards cropping the photo in a way that excluded her, a slight that he assured me she would forgive, but her boots and their shadows still managed to sneak into the corner of the image.

In the end, some of the shapes and patterns that are seen in my other Ohio Star photoquilts appear again in this piece, but, at the same time, Mark’s work shines through and the result is a unique combination of both of us.