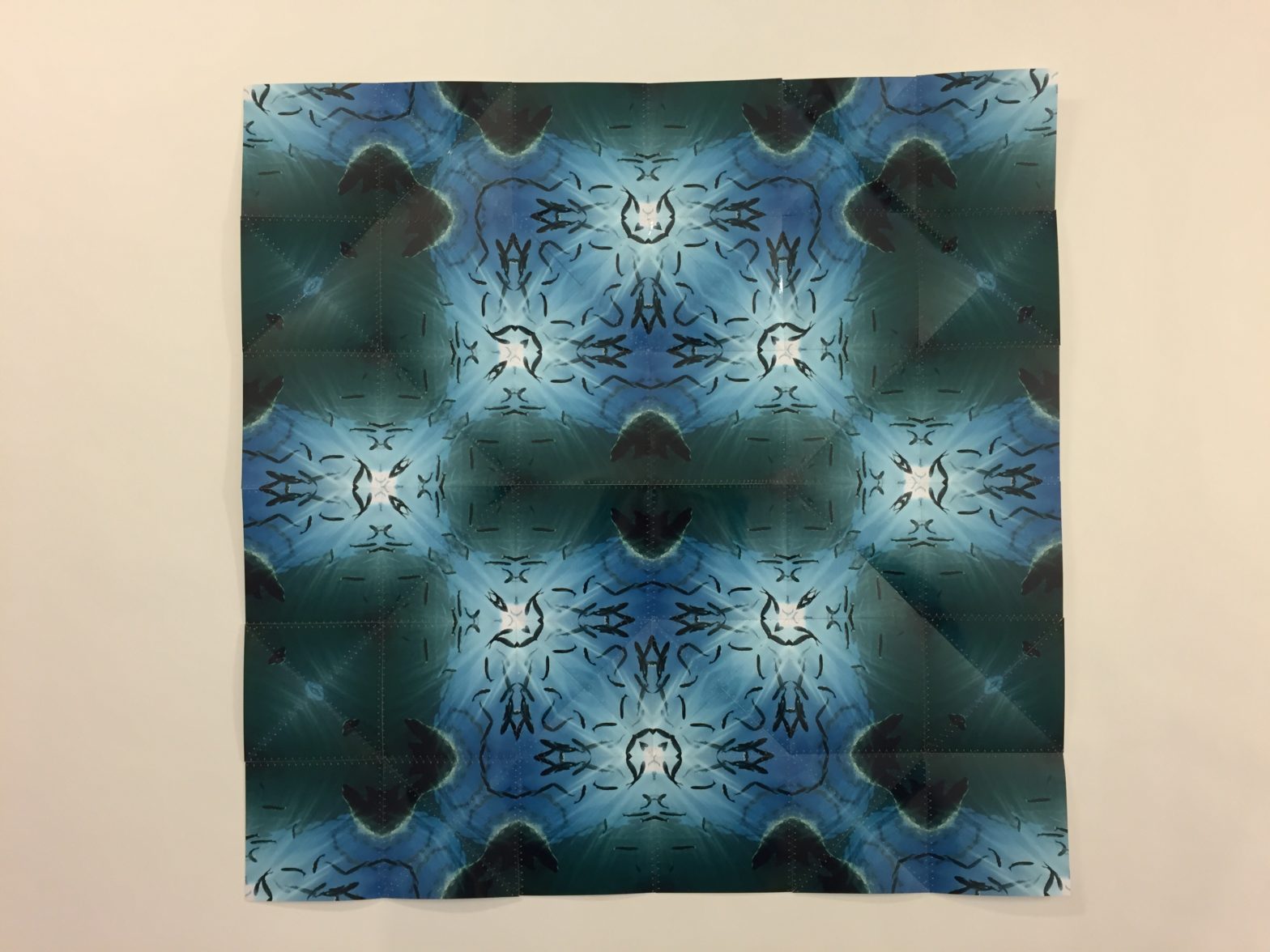 The Columbus Zoo and Aquarium is one of the finest zoos in the country.  Opened in 1927 and made famous by Jack Hanna, the Zoo has recently opened polar and African savanna regions.  On a recent school field trip with my youngest daughter, I was wondering how I would capture this sprawling place in one photo.  The front gates make a nice picture, and the manatees are a unique favorite, but neither one could really be framed in the way I wanted.  Fortunately, we made our way to the polar bears during feeding time.  There was a crowd up top, so we moved down below the water, where the bears were diving in and swimming around after bits of fish that were being tossed in by the keepers.  The fish that swim with the bears were also enjoying a meal.  With everything swimming around and the morning sun shining through the water, I got several interesting pictures of the bears, the fish, and the rays of light streaming through the water.  When sewn into to the Ohio Star pattern, the diving bears multiply and the fish become brushstrokes that create shapes and designs that I didn’t expect.  Overall, the palette really captures the feeling of being underwater.