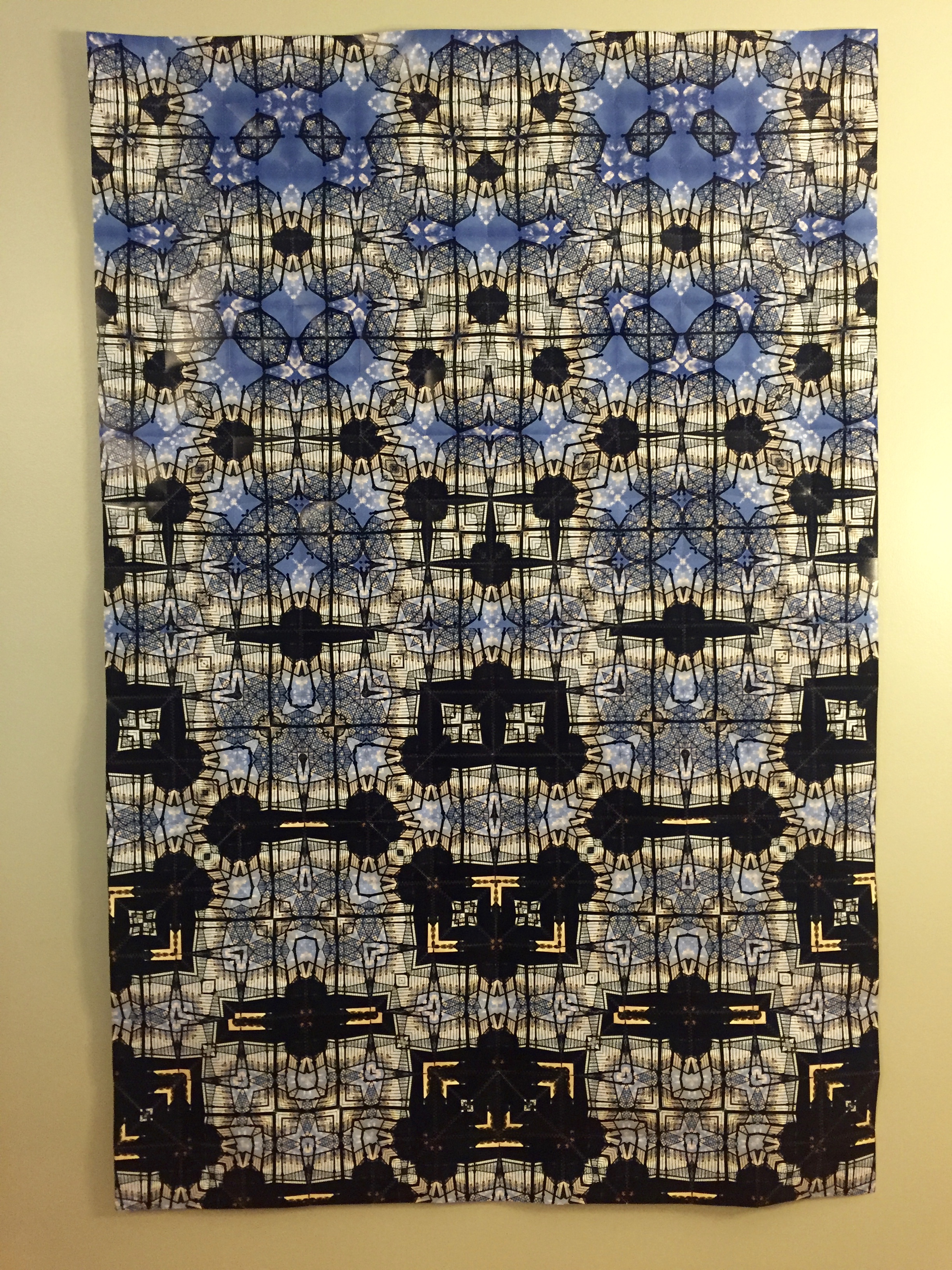 This photoquilt was inspired by a show at Wild Goose Creative, called What Is It About This Place? A Neighborhood Art Show Featuring Works by or About Glen Echo, SoHud, and Clintonville, Ohio.  It is part of my series of Ohio Star photoquilts, which incorporate the Ohio Star quilt pattern and feature places around Ohio.  This one began with this picture of the gazebo at the Park of Roses in Clintonville, which is a neighborhood in Columbus, Ohio.  I took the picture just before sunset, which accounts for both the silhouette of the structure and the color of the sky, which fades from bright blue to yellow to orange.

As with my other Ohio Star photoquilts, I used a different part of the original photo for each row of blocks in the quilt, which is why the different kaleidoscopic shapes evolve from the top to the bottom.  The geometric latice-work of the top also contrasts with the curling filigree scrolls of the railing, creating unique and interesting shapes when they meet in different parts of the quilt.

Close up of Ohio Star: Park of Roses 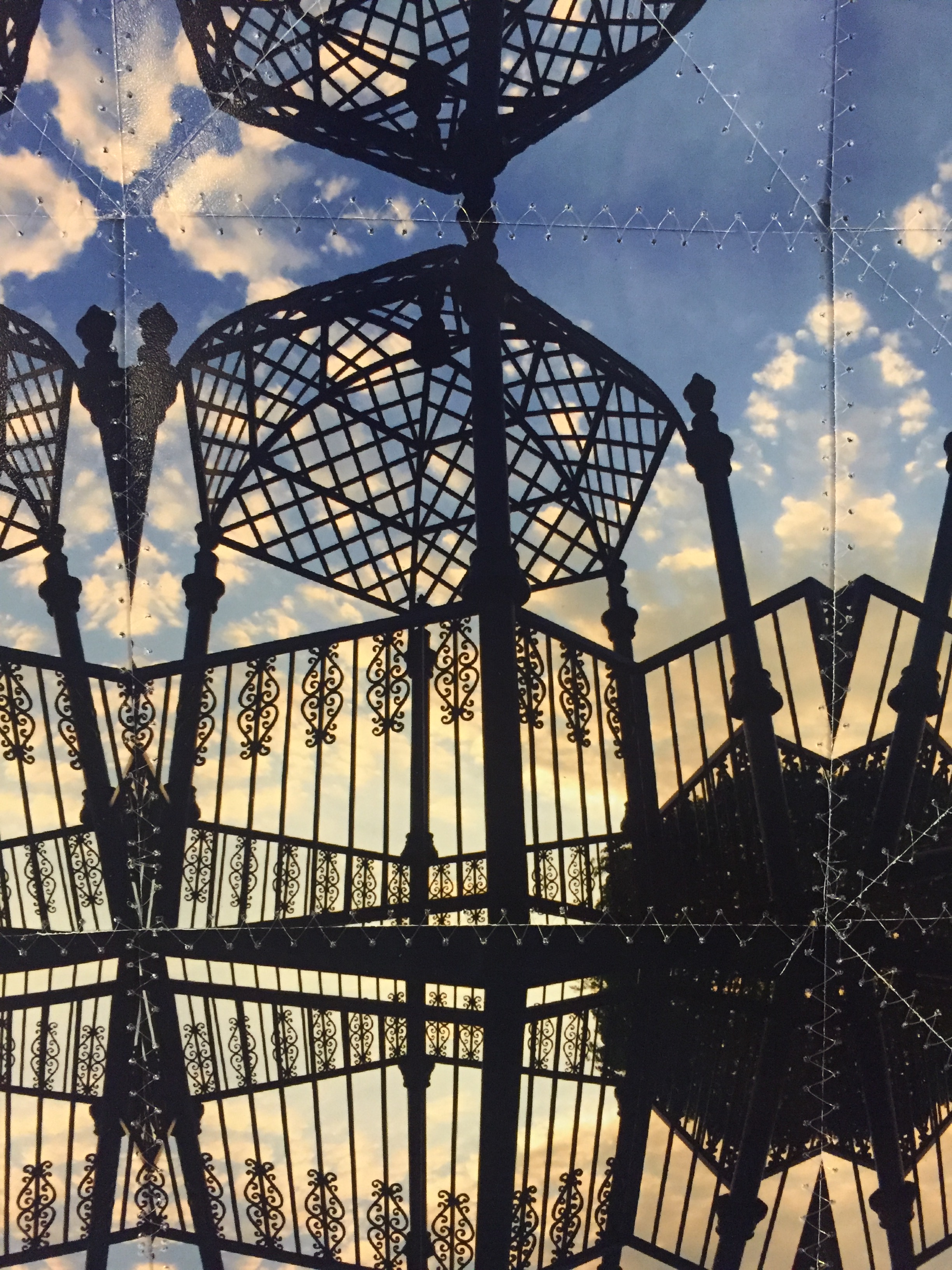 Closer close up of Ohio Star: Park of Roses

This photoquilt was on display at Wild Goose Creative for the month of July, 2017.  Even if you’re not able to get there in time for this show, check them out.  They are a great, non-profit community arts organization that is worthy of your support. 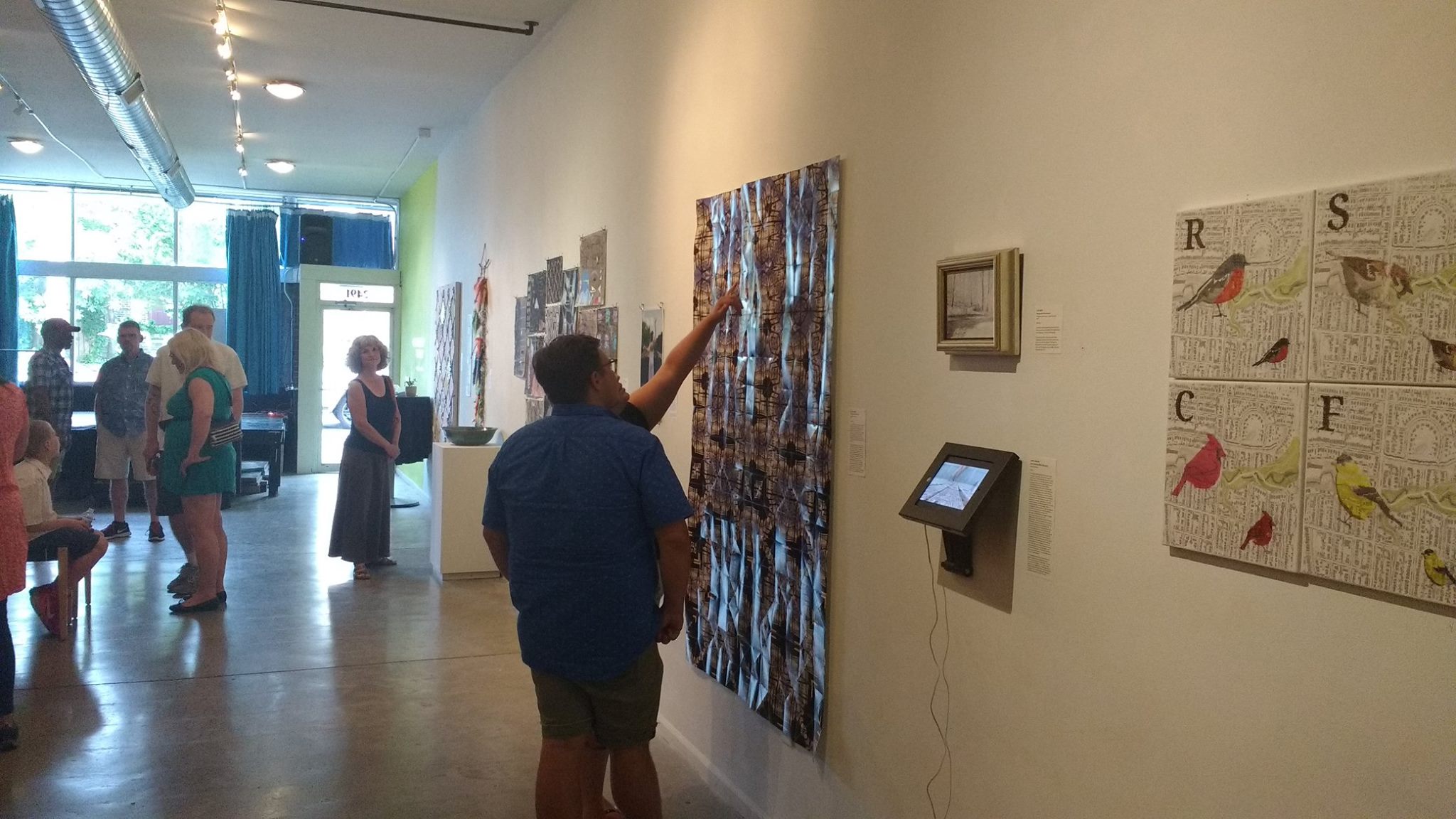 Photo of the opening at Wild Goose Creative by Erin Aluise, used with permission.