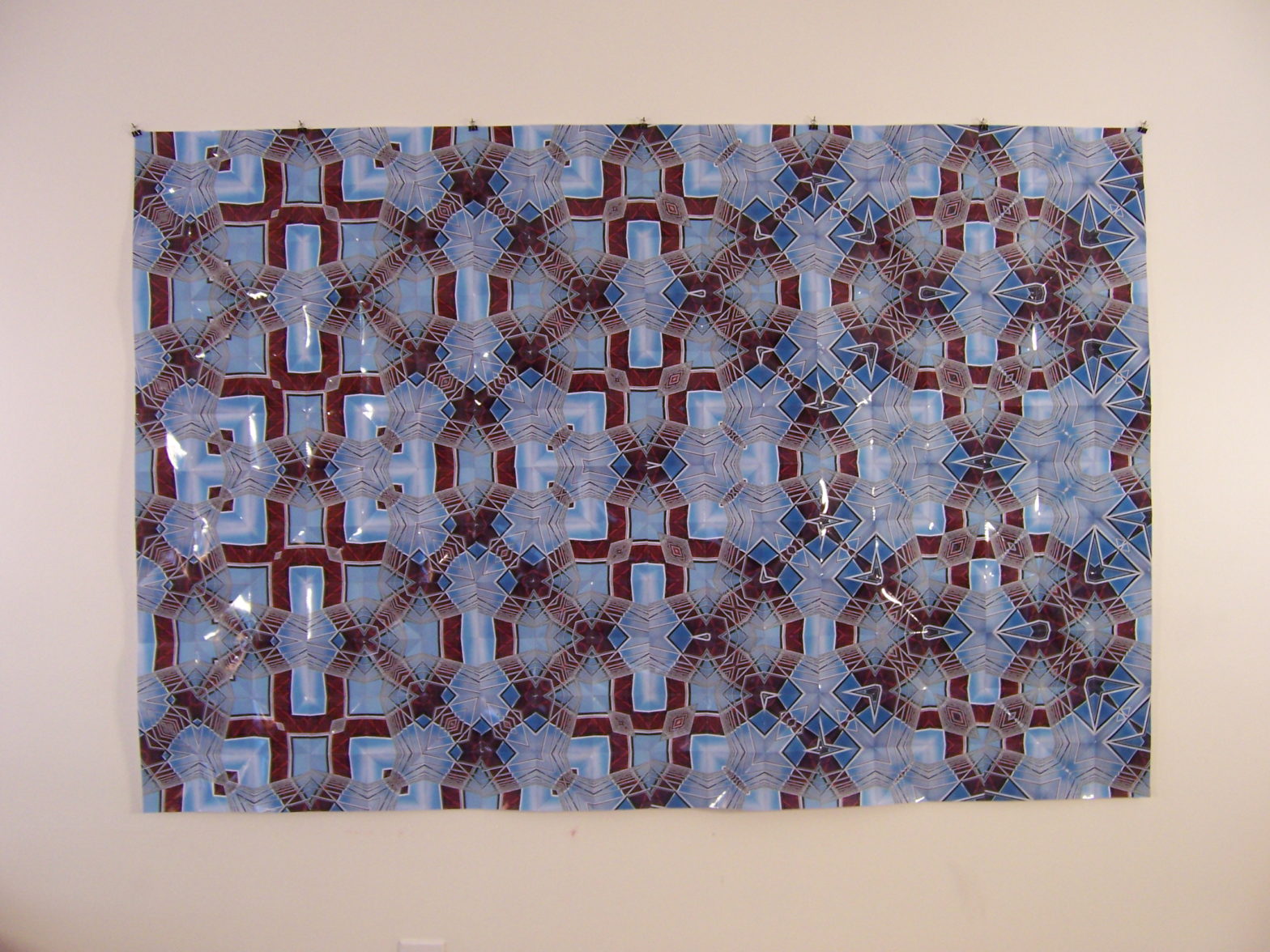 RPAC stands for Recreation and Physical Activity Center, a gleaming glass building housing gymnasia, a track, swimming pools, and other recreational facilities on the campus of The Ohio State University. The red bridge connecting the RPAC to its neighbor is officially called the Scarlet Skyway. The photos are sewn into a traditional Ohio star quilt pattern.

This photoquilt was accepted to The Inaugural Juried Exhibition at the Riffe Gallery in Columbus, Ohio from November 5, 2015 through January 9, 2016.