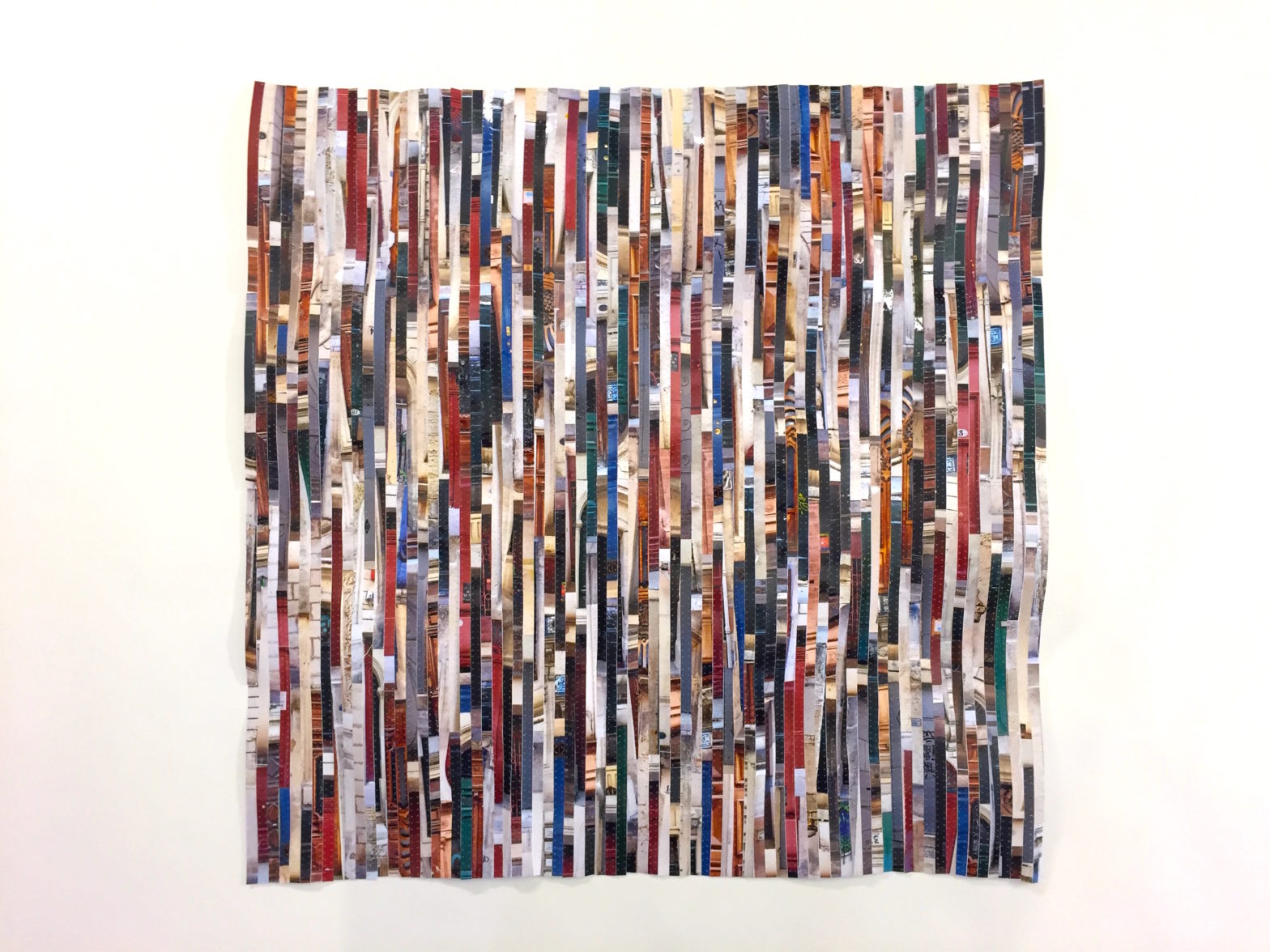 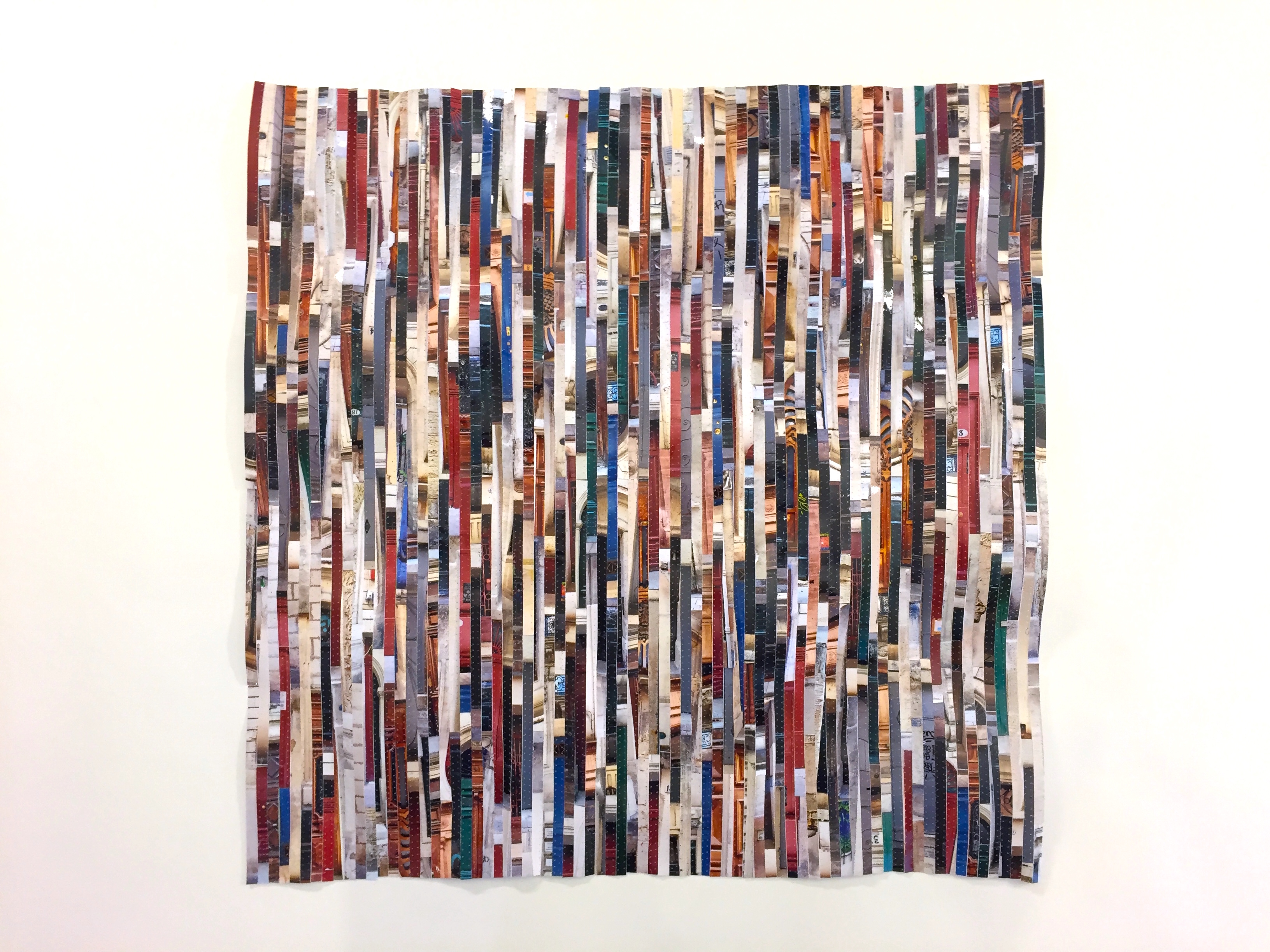 This photoquilt was inspired by a box that my wife and I brought back from our honeymoon in Italy.  The box is about six inches wide and is made of strips of semi-precious stones which were likely leftover from the other pieces for sale in the shop.  When we asked what the pattern was called, we were told they call it “spaghetti.”  We both loved the “use the whole buffalo” approach to the creation of the box as well as the overall effect of the random mix of stones, so we splurged and bought the box.

Last year, we finally had the chance to travel back to Europe where I was struck by the unique and colorful doors throughout the oldest part of Montpellier, France.  I took pictures of hundreds of them for Les Portes de Montpellier.  When that photoquilt was finished, I still had scores of prints left over.  What to do?  Cut them into strips and sew them back together, obviously.

The similar palettes first gave me the idea that this could work.  The jewel tones in the doors of Montpellier are what first drew me to photograph them and the link to the colors in the box was obvious.  The European connection and the approach to making use of otherwise discarded materials also tied the two together.  There is also a sort of re-imagining of the image here.  Unlike most of my other quilts, the subjects of the photos are almost completely obliterated.  This results in a focus on the almost painterly  surface instead of the details of each individual photo.

The spaghetti box and the Spaghetti photoquilt are two of my favorite souvenirs of our rare European adventures.