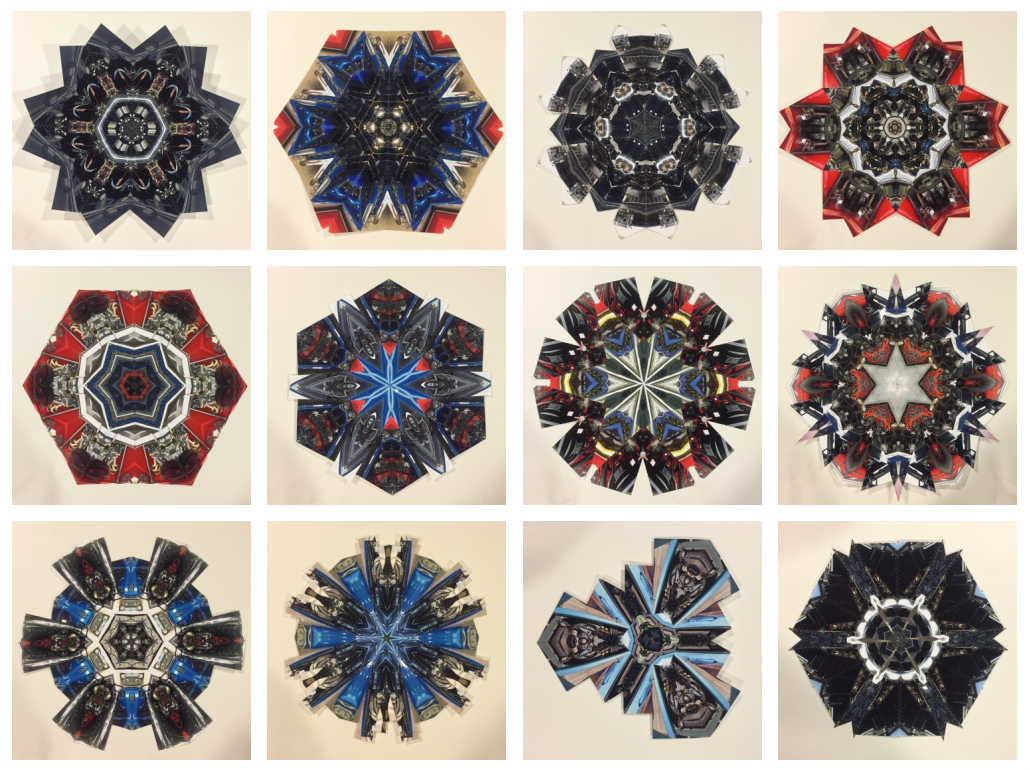 I have wanted to make mandalas for a long time.  I’ve watched the Dali Lama’s monks make a mandala out of colored sand — an exacting, days-long process that was only complete when the sand was swept up and tossed into a local river.  I’ve also had a copy of Paula Nadelstern’s Kaleidoscope Quilts – The Workbook for years, and, even though she walks the reader through several of her kaleidoscopes step-by-step, I have never fully wrapped my head around her process.  I’ve even made a photoquilt of snowflakes formed from images of tree tops.  But only recently did I finally resolve to  take the first step on my journey towards making a mandala; I sat down with some photos and started cutting them into different shapes.

As I began cutting and sewing, I noticed that it was the mechanical images that seemed to work best in the mandalas.  There was something about the details of the wires and tubes, bolts and chrome, metal and paint that creating compelling shapes from a distance but also held interesting details close up.

I worked with automotive images previously in my Wheels photoquilt, but this was from a different perspective.  Whether you know your engines (“Hey, is that a flathead?”) or you find everything under the hood to be a bit mysterious (“What do you call that doohickey?”) there is something for your eye to explore and reflect on.  Once I realized motors were my ticket, I made some prints from pictures I took at various car show this summer and got to work.

For about a week straight, I made a mandala a day, which was it’s own sort of meditative process.  Some of the mandalas contain two or three different engines mashed together, others contrast a swath of paint from a fender or two with the concrete that the cars were parked on when I photographed them.  Sometimes you can pick out valve covers and spark plug wires, other times there are just lines and shapes formed from assorted metalwork.  In all of them, I noticed that when angular, robotic faces started to emerge from the shapes I knew the mandala was revealing itself to me.

I wouldn’t say I found inner peace in this work, at least not yet.  But I have learned a lot about how to make mandalas.  For me, creating art is about the process; I develop rules for what works and what does not, I iterate, I ameliorate.  To make a mandala, I had to just start somewhere and just start making something.  I had to take that first step. 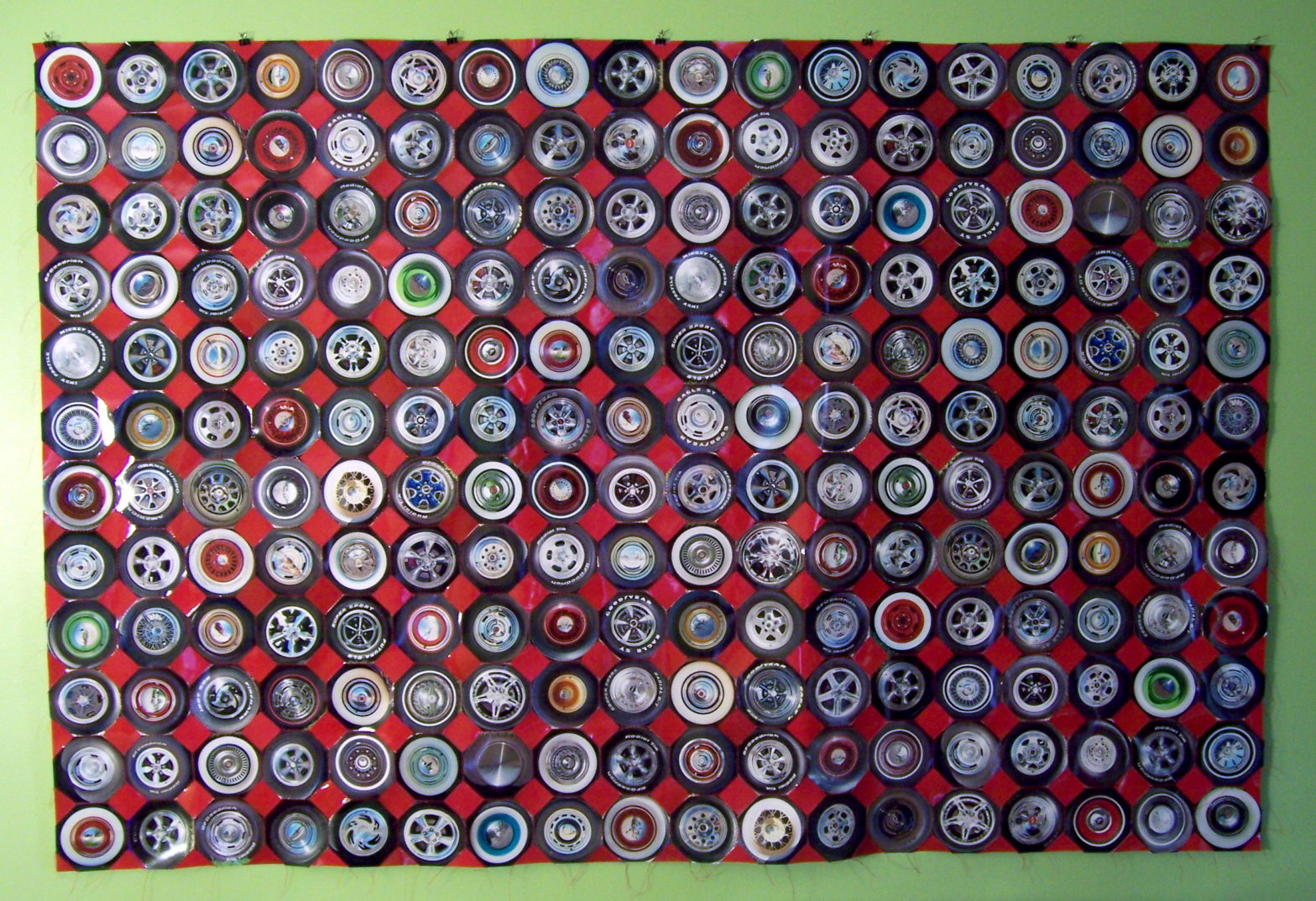 The Wheels quilts emerged out of my interest in cars in general and hot rods in particular. In order to complete this quilt, I took pictures of different wheels for over three years. Not just any wheels could be used. Only wheels on cars that were cool, at least to me. The first complete quilt incorporated 4″ pictures of individual wheels. By collecting them en masse, their variations become more obvious. Some are chrome, some are painted, some are polished. Some tires are tall, some are low, some have whitewalls, some have black. By lining up scores of wheels (almost 200 different wheels are included) the pattern repeats but differences become more obvious.

The second Wheels quilt (pictured above) incorporates a snowball quilt pattern which injects a square of color where the corners of four wheels meet. This color is taken from the roofs, hoods, and fenders of the hot rods whose wheels are pictured. The largest quilt uses red squares, but several others have also been completed, including blue, green, and orange as seen in the smaller examples below.