There is a lot more weaving in this second iteration than the first, and it’s also a bit more square. I like the areas with more open weaving where angles get looser and slightly more angular. I also can’t help but see R2D2 with this combination of colors. The variety of techniques is intriguing. 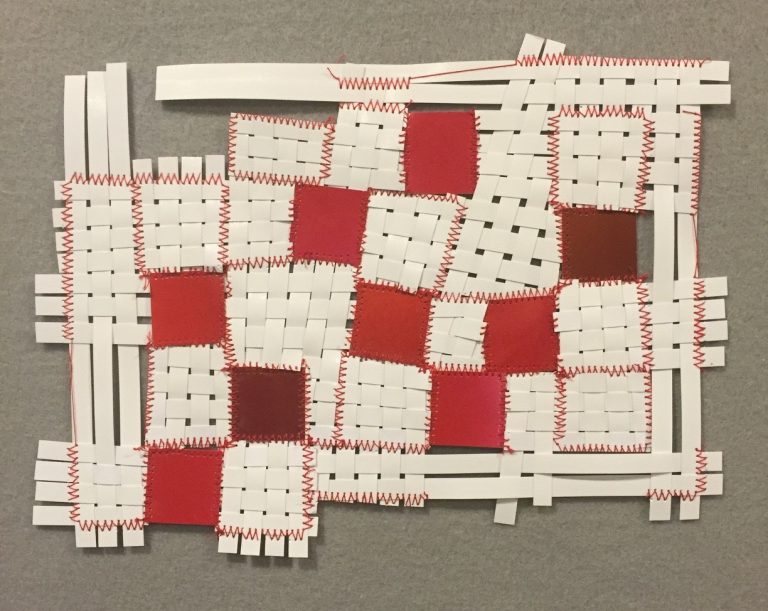 I had an idea to sew some strips to squares and then weave them. Then I went back to fill in with more weaving along with stitching to keep it together. I’ve used both the strips and the squares before, but the weaving is new. I like how the blocks of stitching complete the imperfect grid. 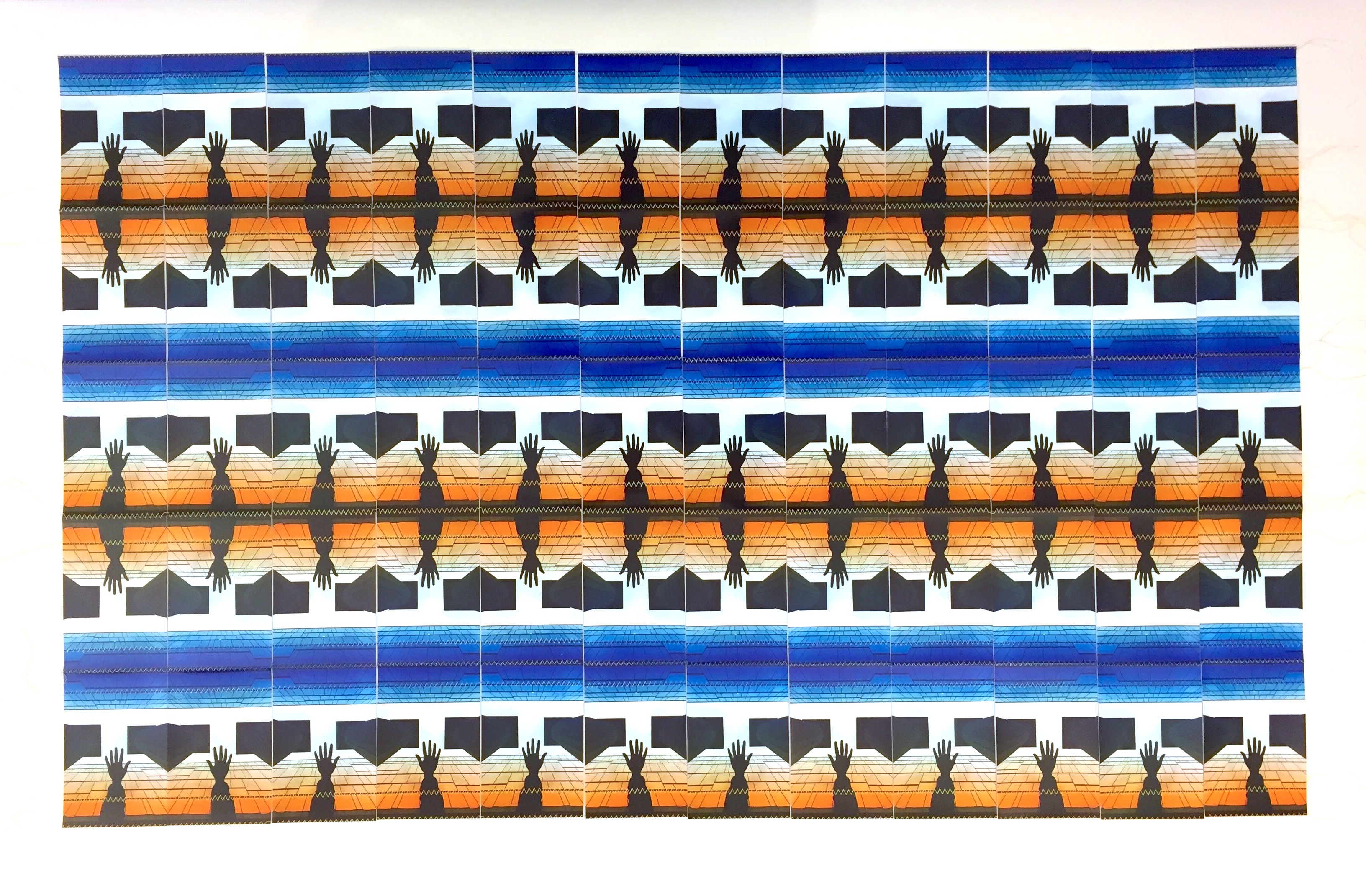 Coming up for a name for this photoquilt was actually a bit of a challenge. Originally, I was thinking about something clever like Give Me 300, a nod to the number of high fives in all of the photos. But in the end, I settled on Blanket because the quilt looks so much like a woven blanket from the American Southwest, Mexico, and many other places. In fact, the blanketness was so compelling that I used multicolored cotton thread and added some decorative stitches in addition to those that sew the photos together. So, in a way, Blanket has more quilting than most of my other photoquilts.

The original photo that I used for this photoquilt was taken by my friend Mark Koenig at Ohio State’s Knowlton School of Architecture, a location that has previously been the subject of one of my Ohio Star photoquilts. When I was talking to Mark about making an Ohio Star photoquilt using one of his photos, I chose two images as possible subjects. This is the one I didn’t use. I love the colors and the composition, but in the end I didn’t think the lines would work well in an Ohio Star. After deciding it wouldn’t make a good Ohio Star, I laid the prints out in neat rows, which brought out a repetitive, woven quality. The repetition is similar to several of my other non-Ohio Star photoquilts. But in those quilts, each image varies very slightly (or fully, completely), whereas in Blanket there is simply a single photo and its mirror image.

What started as a stack of rejected prints has become a bridge between my different series of photoquilts and a chance to try new quilterly techniques. The result has a certain comfortableness that wears the name Blanket well.